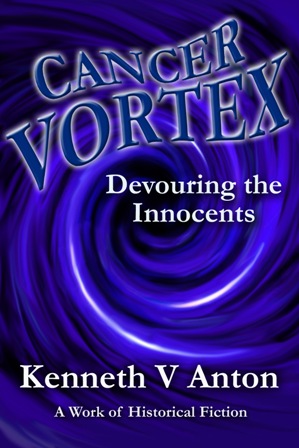 This review is from: Cancer Vortex: Devouring the Innocents (Kindle Edition)
A must read for everyone. I always knew there was corruption in the government but my gosh they are outright criminals with no one to answer to...

As many in alternative media document, so-called health oligarchs act against public interest in obvious ways when the facts are examined. For example, every economic cost-benefit analysis concludes Americans would save from $100 billion to $300 billion annually if we had universal single-payer health care for all rather than health care oligarchs consuming ~one-third of all payments.

To continue with this familiar example to anyone who examines bills for medical care, stories that point to tragic-comic cost increases and cancellations strengthen the case for criminal investigation of financial gains from government insiders at the expense of the public theyre sworn to serve.

A related problem is the cartel of pharmaceutical companies colluding with our government leaders for padded industry profits. Dr. Marcia Angell, former Editor in Chief of the New England Journal of Medicine and currently a Senior Lecturer at Harvard Medical School documents:

"The combined profits for the ten drug companies in the Fortune 500 ($35.9 billion) were more than the profits for all the other 490 businesses put together ($33.7 billion)."

Dr. Angell concludes that US government will never provide universal health care because both political parties leadership obeys health insurance companies lobbyists rather than legislate for the public good. These details of health care comprise just one of ~100 crucially important areas where the 99% are being mocked, harmed and looted.

The controversy about cancer cures comes from the entirely subjective interpretations of what happened, and choices by US corporate media to omit these legally and medically demonstrated cures of cancer (more documentation here). From the books press release, these cures include:


Those subjected to orthodox therapy without being given a choice are trapped in the Cancer Vortex with little chance of being cured. Natural therapies are available and the book highlights some of the most effective. One must realize that cancer is not some foreign invader but a part of our biological process that has run amuck. It can be cured with proper knowledge and self discipline. Dr. Otto Warburg (Nobel Prize in Medicine) recommends a solution and makes a startling revelation: The prevention of cancer requires no government help and no extra money.

After reading this book and after having some personal experience with cancer victims --including myself--no one in their right mind should have to go through such treatments. This book correctly covers what I consider the most important issue in regards to cancer. The pH level of the body seems to be the most important thing to understand. Cancer cells cannot grow in an oxygen rich environment. So the pH level should be between 7.3-7.6 in order to prevent cancer in the first place. I had a 2cm growth in my left lung. I declined conventional treatment and I used calcium tablets at 3000mgs per day. I got that idea from Death By Diet by Dr. Barefoot. Cancer was gone after about six months. I still take calcium supplements as a prevenetiveThis author doesn't cover the calcium issue, but he covers the most important which is the pH level. That can be done many different ways: laetrile, diet, baking soda, and vitamin C. All of these methods raises the alkaline level to a healthy oxygen rich environment which helps to keep the immune system healthy. Conventional medical treatments attack the immune system and in many cases causes even more cancer.

The political reasons as to why there isn't good cancer treatment in the United States is all centered around money. There is no money in a cure and as a result, we have the most hideous cancer treatments that I wouldn't my own pets through let alone any man, woman, or child. Seeking an alternative method to deal with cancer is the best way to go and this book explains many of the reasons why.

Only a crook would try to shove conventional medical treatments that attack the immune system on their patients.

Fascinating read. I would think anyone from the USA would enjoy reading this especially with the crazy prices and problems with medical care there. It effects everyone. I think some of us know it and some of us recognize the same symptoms within our own countries and the systems in place. Some of us don't know it but should. This book clarifies it and lets you have a better understanding on what is going on within the medical world and the administrations that run it and are behind it. This could equally reflect on many aspects of the modern capitalist environment. One that is extremely ill and in need of desperate medical attention ! Greed has taken over and to see it in the medical world is not only sad but plain wrong. A science built on a focus of helping people, saving people, curing people and researching for cures, has become one of greed and self interest. Anyone how wants to enlighten themselves about the medical world in the USA should have a read. I found it fascinating.

Kenneth Anton is also the author of "Popsicle Man - Solving the Puzzle of a 200 Year Conspiracy" available at Amazon and thru Ingram worldwide distribution. See Popsicle Man